I’ve been obsessing with The Backstreet Boys again lately.

If there is one thing I need it is more time in my life.

School and other things take over my time, but it’s all so fun.

Speaking of fun, I can finally explain my previous post! Bluesfest is long over, and once again my blog posts come very late. I’m trying to get better at this, at least I’m more punctual with Fashgasm!

Although I went to just a few shows at Bluesfest, I like to think I went to the best ones.

The first night I got to re-experience Coheed and Cambria, revisiting the obsession I had in highschool. And yes, I still know all the lyrics to every song. I was pleased that they mostly played their older albums.

Then I met a guy named Zac, he gave us these: 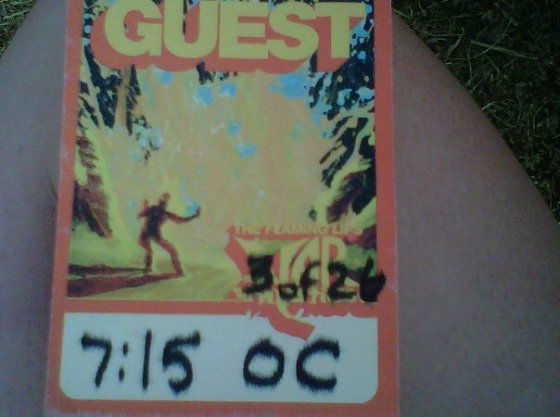 Which led us backstage and into these costumes… 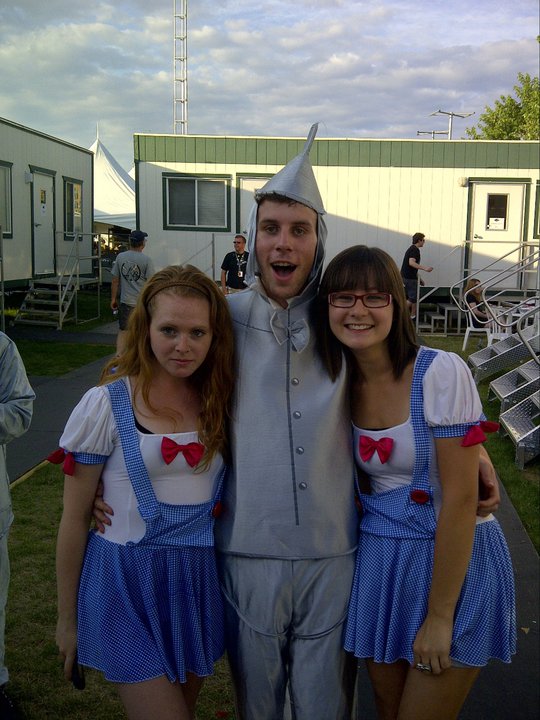 Which led us to dancing onstage with The Flaming Lips for about an hour.

And then hanging out with my favourite hippy, Wayne Coyne. We talked about so many things for hours…life, drugs, music, everything. It’s a bit of a blur as I was lost in his awesome-ness. 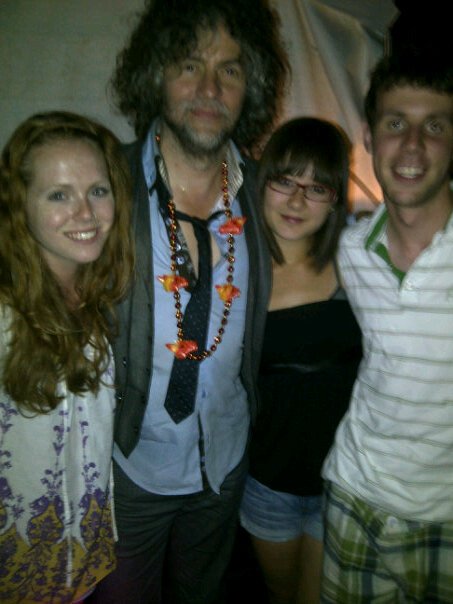 We’ve never had more fun or been more excited. Ruby, Balnar and I decided that this was the greatest concert moment of our life. They also gave us t-shirts, Wayne signed them, and I have officially been nick-named “Mel Chills”. Because when Wayne says it, it’s truly official. Now no one can tell me that is not my name! It has the stamp of approval, obviously.

And to top it all off, I saw Claudio backstage. Along with the rest of Coheed and Cambria including Mic Todd, just days before the whole robbery fiasco. Naturally I reverted back to being 16 years old at the sight of Claudio’s huge hair and cute grin, waved like a maniac, shouted, quite awkwardly, “I love you” then ran onstage with the rest of the group. Some things never change.

The opening night of Bluesfest was by far the best. It was followed by other good times, like Skrillex, but I must say I was shocked at the number of children under the age of 16. People we’re stupidly violent and obnoxious, therefore, I will have to say Ritual wins when it comes to dubstep fun-times. Wasn’t feeling the crowd of underage people who don’t know how to deal with a bass drop, sorry. I had to get out of the crowd and move my way back so I could enjoy and groove in peace without spilling my beer/burning an innocent bystander with my cigarette.

Another night worth noting was with The Black Keys.

We waited in the rain for these two dudes for nearly two hours. It poured. And if not for a nice woman we have decided to call “Tarp Lady” we would have been much worse off. She kept us dry, and in turn most of us stuck it out. When they finally did come onstage I was extremely happy. After missing them the last time they were in Ottawa there was no way I was going to miss this!

This was also the night where the weather foreshadowed a disaster to come. Yes, the Bluesfest stage collapse that occurred on the final day, causing a cancellation of the bands I had wanted to originally see, but opted out to go to Montreal for the weekend. I made the right decision and fate played out.

I also had the pleasure of seeing Metric again during the two week long festival. I’ll always love Emily Haines.

I’m hoping I can catch more of Bluesfest next year…I’m also hoping that I find more of the line-up to be enticing. I’m not going to lie, 2010 was definitely better when it comes to performers, but my moment with The Flaming Lips was a highlight this year, and a highlight of my life for years to come!

Error: Twitter did not respond. Please wait a few minutes and refresh this page.